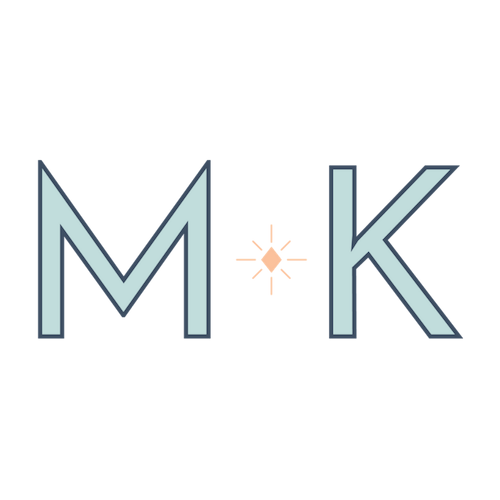 If you're trying to decide whether to open your shop up on Etsy or Shopify, one of the things you're probably worrying about is how much it'll cost you to sell on one platform versus the other.

It can be really hard to figure out which one's going to end up being more expensive in the long run, so today I'm going to take you behind the scenes of my successful Etsy and Shopify stores so we can figure out once and for all, which platform is more expensive to sell on.

All right so here we are inside my Etsy shop and one of the really nice things about etsy is they do have a really beautiful dashboard to help you see your sales versus your fees.

You'll see in a second when we talk about Shopify, you can get all the same data but they don't have a view like this where it's just really clearly laid out for you. So for Shopify, I'm going to show you my sales in one spot and then I'm going to show you the fees in an excel spreadsheet because I have to go to a whole bunch of places to get all the data to compare.

But with Etsy, they do have that really lovely dashboard that's a one-stop shop to go and see how much you sold during a time frame and then how much you paid in your fees so that's really nice.

In the dashboard above, we're looking at the months of January through June, so the first six months of 2020.

In that timeframe I did more than $18,000 in sales and my total fees were about $4,200 in total but we're only going to worry about (1) the listing fee - that's the cost when I list a new item on Etsy or when I renew an existing item on Etsy if it expires - and then (2) the transaction fee.

That's the cut that Etsy takes every time I make a sale. And then there's a third fee that's hiding in here and it's called the off-site ads fee. We're not going to worry about the advertising fee - that's the amount that I pay to promote my listings on Etsy so that's a choice I made to decide that i wanted to promote listings on Etsy to try to make extra sales and that's not a required fee.

The offsite ads fee is the fee Etsy charges me when they promote my product on a different channel - on Pinterest or Facebook or Instagram - when somebody clicks through one of my images and makes a purchase, I get charged a percentage of that sale.

For me it's 12% because I make above a certain threshold of sales on Etsy but I think the standard is 15% so we'll want to include (1) the listing fee, (2) the offsite ads fee and (3) the transaction fees.

There's no monthly fee - I don't have that monthly subscription fee that we're going to see on Shopify in a second, but there are listing fees, offsite ads fees and transaction fees and those add up.

Next, if we jump to my Shopify store (and totally coincidentally, the sales are going to be almost the same, they're pretty close for the first six months of the year,) I did just shy of $20,000 on Shopify - I'm at $19,891.

I've done almost $2,000 more on Shopify than Etsy and like I said I don't have a pretty dashboard to take you to to show you the fees all in one spot so here is a snapshot of an excel spreadsheet where I broke the fees down for us to look:

You can see on Shopify, I pay a subscription fee of $29.99 a month - that's the basic Shopify plan - and I paid it six times (once every month from January to June) so I paid a total of a $180 in subscription fees.

Then, Shopify takes a 3.5% cut of every sale I make so I paid $714 in transaction fees to Shopify and in total, I paid just shy of $900 in fees between my subscription and my transaction fees.

Shopify doesn't do any marketing for me so there's no offsite ad fee like there is with Etsy and I don't pay any sort of listing fee when I add new items or renew expiring ones.

I could choose to subscribe to apps if I wanted to add extra features to my store and some of those are paid but just bare bones Shopify with all the basic features is just $29.99 a month.

Hopefully that gives you a better idea of what it really costs to sell on Shopify versus Etsy. I'd love to hear from you over on instagram @mandkcollective - does this all make sense do you still have questions about the difference in the fees between Shopify and Etsy and is this helping you make your decision maybe to go with one platform versus the other? Drop me a DM and let me know!

6 Questions to Ask BEFORE You Start Your Business

The Best Place to Sell Your Product in 2020

Ready to build the product-based business you’ve been dreaming about?